Throughout his more than 30-year career, Steven P. Rosenthal has cultivated a diverse expertise in the areas of finance, law and real estate investments.  He currently serves as Chairman of West Shore, LLC. and is a Board Member of Redwood Investments, LLC. 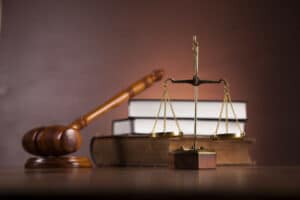 For more than three decades, Steven P. Rosenthal has maintained various leadership roles that have earned him much success great respect. His law career included three decades with Boston-based law firm, Mintz Levin.  During his time with the firm, Rosenthal oversaw the national and international expansion of the team, which grew to 500 lawyers and seven offices.  While acting as Co-Managing Partner at Mintz Levin, Steven P. Rosenthal operated as a successful Business and Finance attorney. His focus as an attorney included general and corporate business representation, real estate finance, venture capital and mergers and acquisitions.  After 21 years with Mintz Levin, Rosenthal was named President and CEO at Northland Investment Corporation, a real estate investment firm with a diverse portfolio of multifamily and commercial properties. Under his leadership, Northland developed into a $3.5 billion diversified real estate company with a 23,000 unit multifamily portfolio.

Backed by his decades of success in real estate investment management, Steven P. Rosenthal now serves as Chairman of West Shore, LLC.  An expert in strategy development, he is an integral part of the teams he represents.  As a leader, Rosenthal works diligently to facilitate planning that benefits both the firm’s clients and its team members.